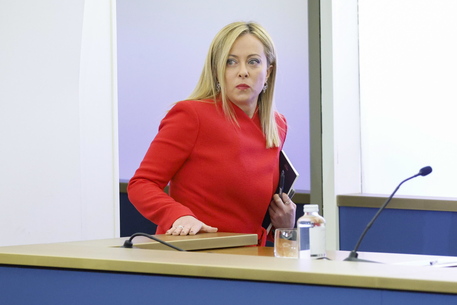 (ANSA) - ROME, NOV 22 - Premier Giorgia Meloni on Tuesday presented the government's 2023 budget bill featuring 35 billion euros in new measures, describing the package as "courageous".
"There are two big priorities," Meloni, who became Italy's first woman premier after her Brothers of Italy (FdI) party led a right-wing coalition to victory in September's general election, told a press conference.
"Growth, which means safeguarding our production system, and social justice, which means focusing on families and on people on lower incomes.
"This budget is the product of political choices, as is normal for a political government (rather than a technocrat one).
"It is a courageous budget that is coherent with the pledges we made to the Italian people (during the election campaign) and invests in the future". (ANSA).