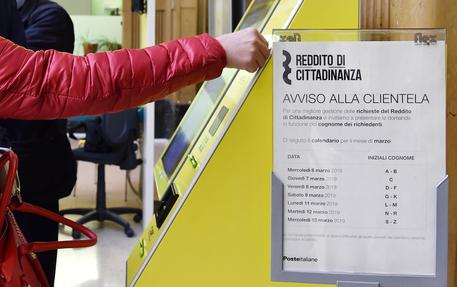 (ANSA) - ROME, NOV 22 - Premier Giorgia Meloni said Tuesday that her government is abolishing the 'citizenship wage' minimum-income benefit for people considered fit for work from the end of next year as she presented its 2023 budget bill.
"We are true to our principles," Meloni told a press conference.
"Those who cannot work will continue to be protected, and pregnant women have been added (to the list of potential beneficiaries), but it will be abolished for those who can work at the end of next year.
"Furthermore, it will not be possible to be claim it for more than eight months and it will be withdraw after a job offer (is made to a beneficiary)".
The 'citizenship wage' was a flagship policy of the 5-Star Movement (M5S), brought in when it was in power in the first government headed by its current leader, Giuseppe Conte.
Ex-premier Conte has said the M5S will fight hard against the effective abolition of the benefit.
The parties supporting Meloni's government, led by her right-wing Brothers of Italy (FdI) group, have long criticised the anti-poverty benefit, saying it is subject to abuse and reduces incentives for the jobless to find work.
"We 're keeping our pledges with respect to the citizenship wage, which is a bad measure," Meloni said.
"The State cannot put those who can and those who cannot work on the same level.
"We would have needed more time to introduce a comprehensive reform, something that we will do, but we could not achieve in one month (in power).
"We have given ourselves a period of transition for the end of the citizenship wage for those able to work". (ANSA).