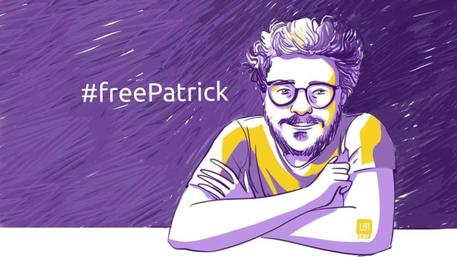 (ANSAmed) - BOLOGNA, APRIL 22 - Amnesty International, the University of Bologna, and the City of Bologna wrote a letter to the Italian ambassador in Cairo, Giampaolo Cantini, calling on him to put pressure on the Egyptian government so that "Patrick Zaky is released for health reasons", ANSA has learned.
Zaky is an Egyptian student at the University of Bologna and was arrested on February 7 in Egypt.
In the letter, the organisations ask the ambassador to put pressure on the Egyptian government so that Zaky "is released as soon as possible or given at least the possibility to complete his pre-trial custody at home".
The organisations said they were pushed to write the letter asking the ambassador to intervene "on the one hand by the trickle of convened and postponed hearings in the past five weeks, in a country where, among other things, judicial activity is more or less stopped due to the coronavirus pandemic" and "above all by the circumstance that Patrick Zaky is asthmatic, therefore at risk of infection more than others, and finds himself in an environment - an Egyptian prison - where the virus can spread more than in other places".
In the letter to Ambassador Catini, the organisations highlighted how other countries in northern Africa have taken initiatives to relieve crowding in detention centres, and that the UN High Commissioner for Human Rights called on the Egyptian government at the start of April to implement a measure of this type.(ANSAmed).