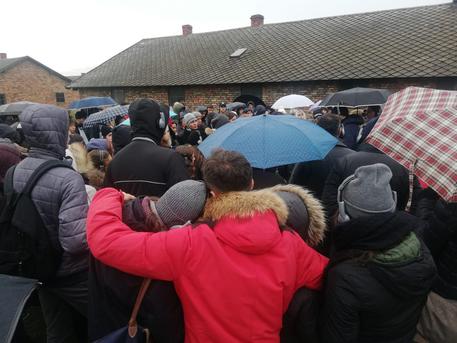 (ANSA) - Predappio, November 8 - The municipality of Benito Mussolini's Romagna birthplace, Predappio, has denied a high school student a grant to visit the Auschwitz concentration camp as part of a school project to commemorate the Holocaust, the Generazioni in Comune (generations in common) association said on Friday.
The association said it will cover the cost of the trip - 370 euros.
The school trip is organized as part of the project called 'A reminder of Auschwitz - the train of Memory'.
The mayor of Predappio Roberto Canali justified his administration's decision on the grounds that "we are not against the Train of Memory" but "these trains only go to one place and we don't intend to collaborate with those who forget about all the rest".
Education Minister Lorenzo Fioramonti invited Canali on the next Memory Train trip in January saying it "let thousands of students see, know and hear from survivors what Auschwitz was".
He said the ministry would cover the mayor's and the student's expenses.