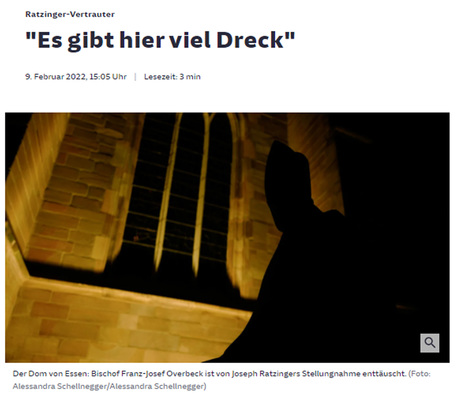 (ANSA) - ROME, FEB 15 - Italian survivors of clerical sex abuse on Tuesday unveiled their campaign for Italy to see the kind of probes that have unveiled massive abuse and cover-ups around the world.
The umbrella group of survivors, called #ItalyChurchToo, launched the campaign "Beyond The Great Silence", saying that Italian priestly abuse is hugely under-reported and authorities have repeatedly ignored victims' pleas and covered up cases or shuttled perpetrators around.
"We are asking that the Italian Bishops Conference (CEI) as soon as possible task an independent commission with an investigation into abuse in the Church, we are asking that it be an investigation with professional figures, with quality and quantity of methods, opening the archives of all the dioceses and all the monasteries, an investigation focusing exclusively on the abuse and addressing the critical nexus of the lack of third parties in the listening centres set up at diocesan level," said the group.
They also demanded that victims receive compensation for the crimes committed against them.
The mother of a victim, Cristina Balestrini, accused the Catholic Church of standing by predator priests and not the victims, saying "the Church is the body to which all the victims of paedophilia have turned but the canon courts do not safeguard the victims and in the civil courts the Church defends the priest, it is on the other side with respect to the victim, and we have experienced this personally; it is terrible".
She also said that from a psychological standpoint, victims were "pushed away" by the Church, "and we live this with great pain".
She said their current priest, "after all we had gone through, told us 'don't spit in the plate you eat from'." The son of a never-punished predator priest, Erik Zattoni, said: "I'm the son of the paedophile priest Don Pietro Tosi, my mother suffered sexual abuse at the age of 14, and the first time she turned to a bishop to report him she was told: 'Don't tell anyone what happened, otherwise it would be a scandal for the whole Church', and then she was threatened with eviction, which happened to the whole family some years later.
"We took up our fight again in 2010 but we found the same wall again: in 30 years there have been three popes and the very same Ratzinger (Benedict XVI) knew what had happened, but despite this that priest was never defrocked or removed from contact with the faithful. In short, nothing was done, I don't know what more we must do to make sure these criminals are removed, I even asked for a meeting with the pope and he refused".
Emeritus Pope Benedict was recently accused of covering up four abuse cases when he was archbishop of Munich between 1977 and 1982.
He said there had been a "most grievous fault" but denied personal responsibility. (ANSA).