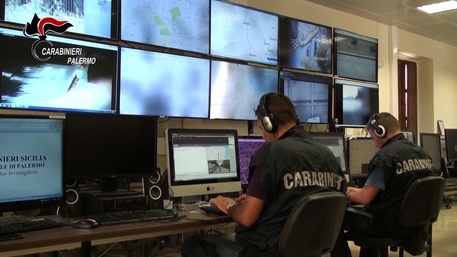 (ANSA) - ROME, JAN 24 - The Sicilian Mafia has a statute written by its 'founding fathers', a Cosa Nostra boss arrested in a Palermo sweep Tuesday says on a police wiretap, judicial sources said.
Magistrates said the wiretap confirmed long-held judicial views that the criminal organization had iron-clad rules based on its own special 'Constitution'.
Bosses continue to respect age-old norms handed down over the generations and impose them on new members, the sources said.
Cosa Nostra is thus based on its own warped principles, the judicial sources said.
A preliminary investigations judge described the wiretap as "extremely rare" proof of the existence of a written Mafia code which has been jealously guarded for decades and which still governs the lives of Cosa Nostra in Palermo.
Police on Tuesday arrested seven bosses and affiliates in Palermo.
One of the bosses was also caught on an intercept criticising the former all-out assault on the State by the late Totò 'the Beast' Riina including the 1992 assassinations of magistrates Giovanni Falcone and Paolo Borsellino, which sparked an unprecedented crackdown by authorities which has greatly weakened the Sicilian Mafia.
But its enduring strength has been confirmed by the web of allies and supporters which helped boss Matteo Messina Denaro, captured last Monday in a Palermo cancer clinic, evade capture for 30 years.
Tuesday's police operation netted long-time bosses and newer 'men of honour' who were described as "reserved". (ANSA).