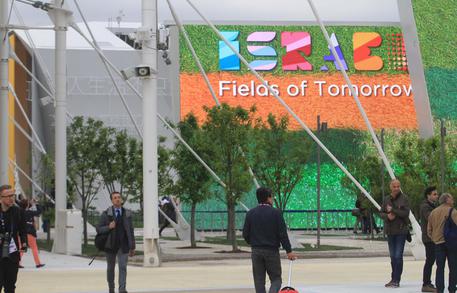 (ANSA) - Rome, October 26 - The Israeli pavilion at the Expo world's fair will play host Tuesday to a prize-giving for the winners of the first international start-up competition open to children and adolescents under the age of 17.
Despite their young age these builders of the future have been called to apply their imaginations and creativity to projects to help the elderly.
Teams who made it to the finals are from Israel, Italy, Macedonia, Montenegro, Romania and the US. The finalists are from seven out of 36 schools in 22 countries who took part in the Global Youth Startup Awards 2015 competition.
They will be judged by an international jury.
Two schools from Israel are in the final - one made up of both Jews and Arab Israelis, the other made up entirely of Muslim Arab Israelis. Organizers said this shows how a commitment to technological and scientific progress can unite, even in the midst of factional armed conflict.
The two Israeli teams are presenting a super-wheelchair called ChairWaze, and an app for the elderly that can make their daily lives easier.
Also competing tomorrow will be the Memory Optimizing Manager (MOM), dreamed up by American students to fill elderly people's memory gaps, and an Italian idea called Handy Hand - a glove that lend strength and mobility to people with stiff, arthritic joints.