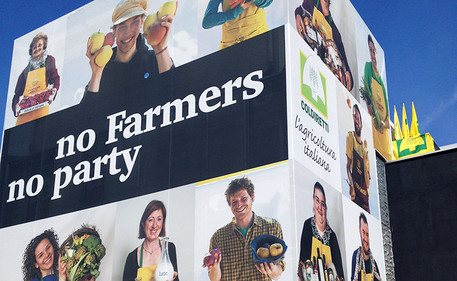 (ANSA) - Milan, October 14 - Farmers' association Coldiretti on Wednesday held its Flower Festival at Expo, and said 46% of all Italians have houseplants or flowers in the home, with a full 51% of those under age 34, according to a study conducted by Censis for the occasion.
The study said flowers in the home are recognized for their antistress properties, and more than 47% of men and 43% of women in the study reported having a "green thumb".
Despite these figures, Coldiretti said purchasing in the sector has fallen below the historic floor of 8 million buyers due to the economic crisis, which has also seen drastic cuts in maintenance of public urban green spaces, which now account for 32.2 square metres per resident, according to a Coldiretti analysis of Istat data.
Italy is a leader in plant and flower production in Europe, with a sector worth more than 2.4 billion euros employing more than 100,000 people across 30,000 companies nationwide.
However, imports in the first six months of 2015 were up 7%, also as a product of trade triangulation which sees EU member states importing from non-member states who don't follow EU phytosanitary regulations, which often involves primarily roses and orchids, but also houseplants.
"That's another reason Coldiretti is working to give assurances to consumers regarding where products come from, through its own network of direct sales of flowers and plants from an all-Italian production chain," said Coldiretti President Roberto Moncalvo.