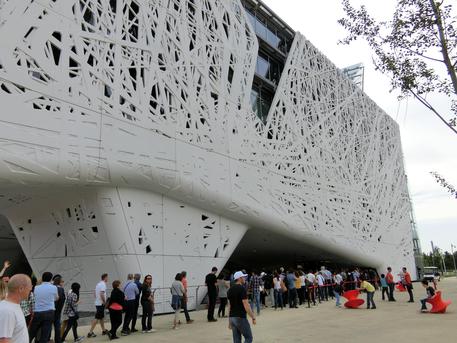 (ANSA) - Milan, October 12 - More than three quarters of Italians believe Expo has improved the reputation of the country, according to a new survey by communication company WPP Italy released Monday.
Some 78& of people believed Italy's image had been boosted, while 79% said Milan's reputation had also been improved.
The overwhelming majority - 81% of people - said Expo had had a positive impact on the economy in Lombardy, the region surrounding Milan. Some 76% said it had created jobs in the region. While 65% said the economy across the country had been boosted.
Some 76% of people surveyed said Expo had enhanced the idea of a 'can-do' Italy in the eyes of the international community.
Three quarters of those surveyed said it had boosted the perception of Made in Italy products and brands (75%) and 68% believed it had boosted the overall attractiveness of the country.
Massimo Costa, chairman and country manager at WPP Italy, said: "This research suggests that Expo was a driving force in the recovery of Italy which is now about to 'take off'. It is important to 'do' things (implement reforms, create opportunities for young people and so on) but also communication can play a key role by enhancing the confidence of businesses and consumers. "We must continue to invest in the reputation and image of the country: it is the moment to refocus the "Italian brand", which is too often the victim of stereotypes, by concentrating on what we can do well.Expo has demonstrated this." The survey was carried out by Lorien Consulting on a sample representative of the Italian population by sex, age and area of residence.