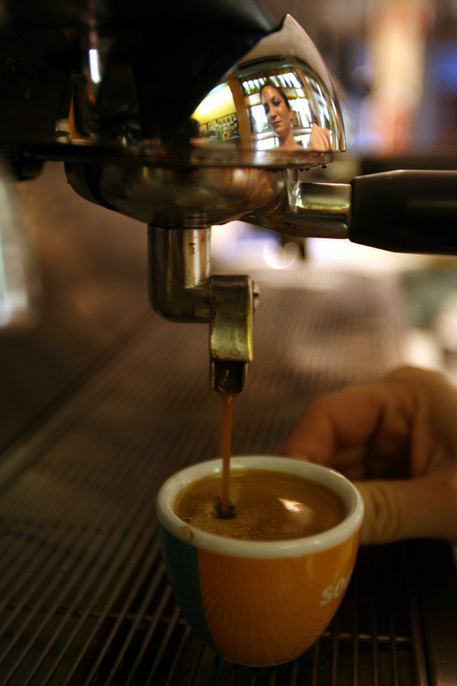 (ANSA) - Rome, October 2 - Milan Expo 2015 is celebrating coffee with an exhibit of photographs by Brazilian photojournalist Sebastio Salgado showcasing workers in coffee production.
The show was presented at the coffee cluster Thursday, on Expo Coffee Day, and will debut in the United States after the world's fair ends on October 31.
"From the Earth to the Cup" portrays people in the industry at the food-themed Universal Exposition, which focuses on issues including sustainable farming and fighting world hunger under the banner 'Feeding the Planet, Energy for Life'.
The photos were snapped over a period of 12 years, from 2002 until 2014, in 10 countries from which leading Trieste-based coffee producers Illy buy coffee, including Brazil, India, Indonesia, Ethiopia, Guatemala, Colombia, China, Costa Rica, El Salvador and Tanzania.
President and CEO Andrea Illy is the curator of the coffee cluster at Expo.
"Millions of people in the world survive thanks to coffee", Salgado said at the opening of the exhibit.
"We wanted to tell the story of that world", which produces 500 billion coffee cups that are consumed every year, including 700 million a day in Europe, he explained.
The photojournalist said agriculture and reforestation are key issues that should be discussed at an upcoming United Nations Climate Change Conference scheduled in Paris from November 30 through December 11.
Several other events were organized to celebrate Expo's Coffee Day, including debates, shows and exhibitions which were attended by experts including American economist Jeffrey Sachs.
Initiatives included 'Coffee4Change', organized by Oxfam and the International Coffee Organization (ICO) in cooperation with Expo organizers and coffee producers Illy and Lavazza.
"It is the first fundraising project dedicated to coffee and the community of coffee workers, inspired by the Neapolitan tradition to pay an extra coffee for a stranger in need called caffè sospeso, or suspended coffee.
The tradition boomed during World War II and has become popular again during the economic recession. Donations can be made until Expo wraps up on October 31 on the website coffee4change.oxfam.org for one or more "suspended coffees", to support projects organized by Oxfam, a civil society participant at the world's fair.
Meanwhile Swiss multinational Nestlè on Thursday said it would invest 350 million Swiss francs (approximately 320 million euros) over 10 years in a project to increase global coffee production on a sustainable basis and with full respect for the environment. The so-called Nescafè Plan was announced on Expo's Coffee Day and provides for the distribution of 220 million high-yielding and disease-resistant coffee plants by 2020 through public and private partnerships and training for 10,000 farmers each year. In addition, some 250 agronomists are reportedly already working with coffee producers to improve the their crop on a sustainable basis as part of the plan.