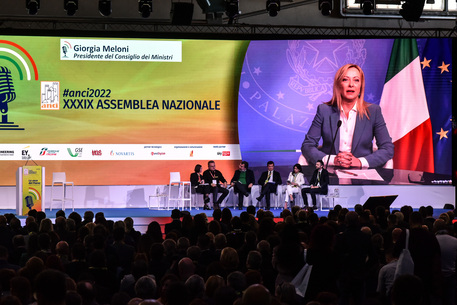 (ANSA) - ROME, NOV 24 - Premier Giorgia Meloni on Thursday called for urgent action from the European Union on the energy squeeze saying Italy had a "sword of Damocles" hanging over its head due to soaring power bills.
"Unfortunately we have a sword of Damocles of expensive energy that is draining resources," she told Italian mayors at the annual general meeting of the ANCI municipalities association in Bergamo.
"The interventions (to keep bills down) cost us about five billion euros a month: we are studying the proposals that have arrived, but if the European Commission fails to act it will be difficult to cope with these costs".
The EC has proposed a gas price cap which many countries including Italy say does not go far enough.
Environment and Energy Security Minister Gilberto Pichetto Fratin said Thursday that the 15 EU countries calling for a gas-price cap, led by Italy, have decided to reject the European Commission's proposed cap mechanism. (ANSA).