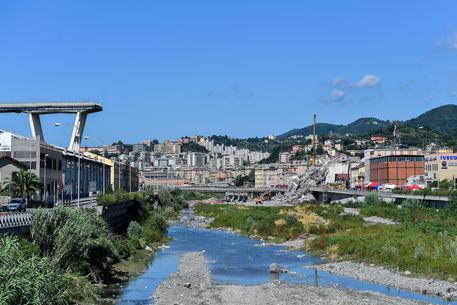 (ANSA) - Rome, September 26 - Deputy Premier and Labour and Industry Minister Luigi Di Maio on Wednesday dismissed speculation that the government's decree for Genoa after last month's bridge-collapse disaster in which 43 people died is set to be held up further. "By the end of the day the decree will go to the president's office (to be signed). It must go to the president's office," Di Maio told Radio Capital. "It was written days ago and it's ready".
On Tuesday there were reports that the State's general accounting office had uncovered shortcomings in the package for the construction of a new viaduct to replace the collapsed Morandi bridge. "The interpretation that went out was the the economy ministry wanted to stop it," Di Maio said.
"Actually, the accounting office should stamp it by the end of the day". The 5-Star Movement (M5S) leader also reiterated that, while highways company Autostrade per l'Italia (ASPI) must pay for the new bridge, it will not be allowed to have an active part in the project after failing to prevent the disaster. He said the decree features measures for a rapid reconstruction of the viaduct "without giving Autostrade the chance to lay a single stone".
By Wednesday evening the decree still hadn't reached Mattarella's office.