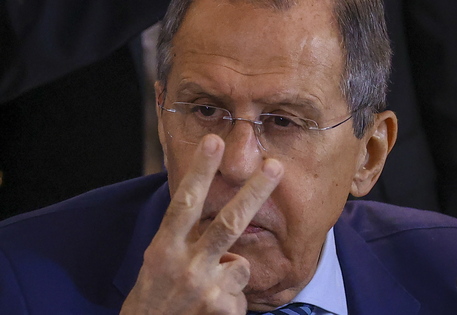 (ANSA) - ROME, DEC 1 - Pope Francis spoke "unChristain" words in condemning what he called the "cruelty" of ethnic Chechen and Buryat soldiers fighting for Russia in Ukraine, Russian Foreign Minister Sergey Lavrov told a press conference Thursday.
Lavrov said the condemnation by the pope lessened his chances of being able to mediate in the Ukraine-Russia war.
The pope, he said, says he wants to broker peace but "he made unChristian statements" in denouncing the alleged war crimes committed by the two nationalities against Ukrainian citizens, Lavrov said.
"The Vatican has said that this will not be repeated and that there was probably a misunderstanding, but that does not help increase the authority of the pontifical State," he said.
(ANSA).