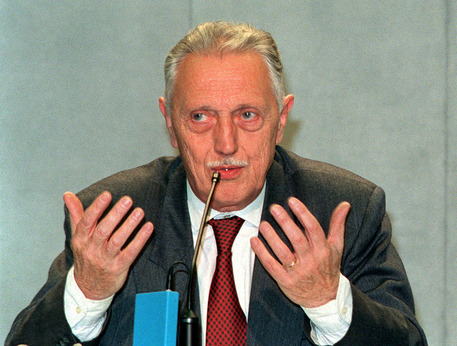 (ANSA) - VATICAN CITY, JAN 21 - A French Catholic priest who is credited with discovering the genetic cause of Down syndrome took the first step towards sainthood Thursday.
Pope Francis authorised a decree from the Congregation for the Causes of Saints recognising the "heroic virtues" of Father Jerome Lejeune (1926-1994).
This puts Lejeune on the path to beatification, a prelude to canonisation.
His cause must now be supported by miracles his intervention brought about.
Servant of God Jérôme Jean Louis Marie Lejeune (13 June 1926 - 3 April 1994) was a French pediatrician and geneticist, best known for discovering the link of diseases to chromosome abnormalities and for his subsequent opposition to prenatal diagnosis and abortion.
In 1958, while working in Raymond Turpin's laboratory with Marthe Gautier, Lejeune reported that he had discovered that Down syndrome was caused by an extra copy of chromosome 21.
This discovery was the first time that a defect in intellectual development was shown to be linked to chromosomal abnormalities.
After devoting much of his career to the pro-life cause, Lejeune was appointed the first president of the the Pontifical Academy for Life in 1994, the year he died.
A few years later, during his visit to Paris for World Youth Day 1997, long-time admirer Pope John Paul II visited Lejeune's grave in Châlo-Saint-Mars.
Lejeune has been named "Servant of God" by the Catholic Church, and his cause for sainthood is being postulated by the Abbey of Saint Wandrille in France. (ANSA).