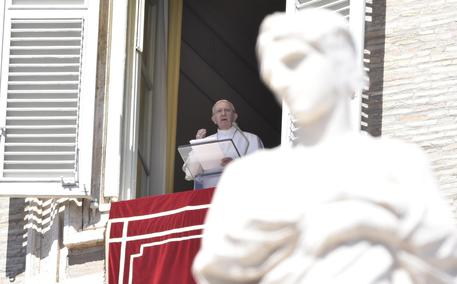 (ANSA) - Vatican City, March 31 - For the first time in the papacy of Francis a woman will write the meditations for the Stations of the Cross at the Colosseum on Good Friday, the Vatican said Friday.
The author of this year's Via Crucis tests will be Professor Anne-Marie Pelletier of France, a top Biblicist and student of language and comparative literature, who won the Ratzinger Prize in 2014.
Anne-Marie Pelletier is the fourth woman to draft the Via Crucis meditations, which are read out by the pope.
The last was Mother Maria Rita Piccione, head of the Foundation of Augustinian Nuns, for Benedict XVI in 2011.
There were two precedents under John Paul II: in 1993 they were written by Mother Anna Maria Canopi, head of the 'Mater Ecclesiae' Benedictine Abbey, and in 1995 by Sister Minke de Vries, a nun in the Protestant community of Grandchamp in Switerland