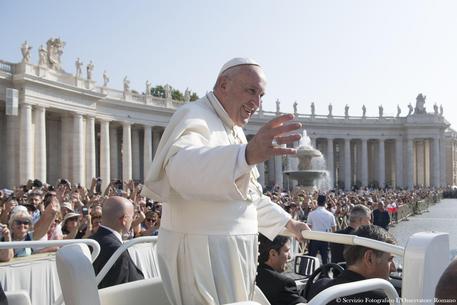 (ANSA) - Vatican City, September 16 - Pope Francis will meet relatives of the 85 victims of the Bastille Day terror attack in Nice at 12:00 on Saturday September 24, the Vatican press office said Friday.
The meeting, which was first announced at the end of August by the president of the Amitie' France-Italie association which promoted the audience, Paolo Celi, will take place in the Paul VI Audience Hall, the press office said.
Also attending will be a delegation led by Nice Mayor Christian Estrosi, governor of the Provence-Alpes-Cote d'Azur region, as well as representatives of various religions.
On the evening of 14 July 2016, a 19-tonne cargo truck was deliberately driven into crowds celebrating Bastille Day on the Promenade des Anglais in Nice, killing 85 people and injuring 434.
The driver was Mohamed Lahouaiej-Bouhlel, a Tunisian resident of France. The attack ended following an exchange of gunfire, during which Lahouaiej-Bouhlel was shot and killed by police.