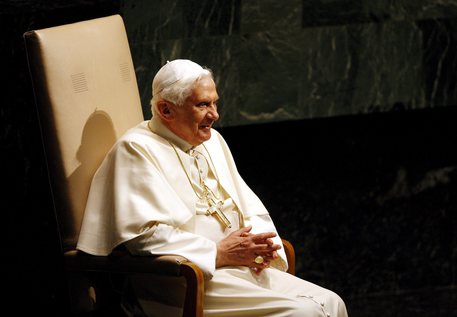 (ANSA) - Vatican City, September 8 - Former pope Benedict XVI has admitted decision-making is not his forte, while saying he does not consider his papacy to have been a failure, according to excerpts from a interview in a new book about him.
"Practical government is not my forte and this is certainly a weakness," Benedict said in the new book by Peter Seewald, Final Conversations, according to excerpts published Thursday by Corriere della Sera ahead of release. The 89-year-old German, who became the first pontiff to step down in six centuries in 2013, praised his successor Pope Francis.
"He is a man of practical reform and he also has the soul to intervene and take measures of an organization nature," he said, adding he was "happy" about Francis and saying that his election showed the Catholic church was still vibrant. Benedict XVI quit citing poor health at a difficult time for the Church, after a long series of child sex abuse scandals and the first of the two Vatileaks criminal cases regarding the leaking of confidential documents to the media.
But he dismissed speculation he may have been blackmailed or pressured into retiring. "It was not a retirement made under the pressure of events or a flight made due to the incapacity to face them," said Benedict, who lives a reclusive life inside the Vatican and rarely appears in public. "No one tried to blackmail me. I would not have allowed it.
"If they had tried, I would not have gone because it is not right to leave when under pressure.
"And it is not true that I was disappointed or anything else".