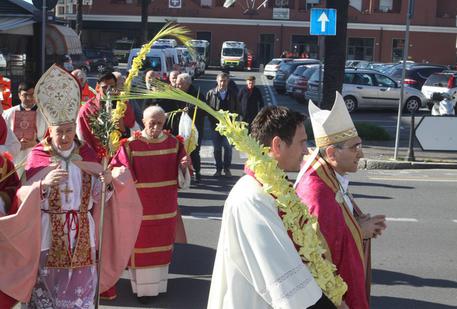 (ANSA) - Albenga, September 1 - Pope Francis on Thursday accepted the resignation of Monsignor Mario Oliveri, the bishop of Albenga-Imperia near Savona in northern Italy, following a scandal surrounding priests in his diocese.
The resignation was increasingly expected following a private meeting between Oliveri and the pope in the Vatican on April 25. Officially the reason for Oliveri stepping down is due to the 72-year-old's need to look after a relative, but sources close to the matter say the pope had wanted to remove him after that meeting and after speaking to Marc Ouellet, prefect of the congregation for bishops. Scandals that emerged in Oliveri's diocese included priests posting naked photos on gay websites, funds stolen from the church and priests involved and cases of child abuse. He has been accused by other church leaders of failing to carefully examine the motivations of aspiring priests. Pope Francis has nominated Monsignor Guglielmo Borghetti in his place. Borghetti has been Oliveri's assistant since March 2015 on the pope's request.