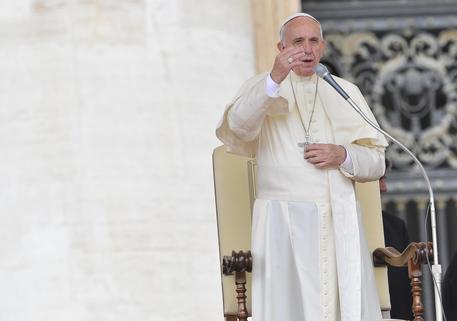 (ANSA) - Rome, May 13 - Cardinal Walter Kasper, president of the Pontifical Council for Promoting Christian Unity, on Friday said that Pope Francis's decision to open a panel on the possibility of women serving as deacons within the Roman Catholic Church will bring a "fierce confrontation" within the Church.
The cardinal spoke in an interview in Italian daily La Repubblica, and said "on this issue the Church is divided in two".
He said he doesn't believe, however, that if women served as deacons it would be the first step towards women serving in the priesthood.
"The pope has said that this door is closed, after the very clear words of John Paul II on the 'no' to female priesthood. I can't imagine that Francis would change that decision," Cardinal Kasper said.
Lower House Speaker Laura Boldrini on Friday called the panel a "momentous decision" and said it's "redemption for the Catholic women who want to have a role within the Church".
"But let's not call them women deacons, but deaconesses," she said.
Paola Binetti, a Catholic MP with the small centrist Area Popolare (AP) party, said the decision "will surely make an important step forward but without coming to an assimilation of the priesthood. "Francis has said that for these women there could be a benediction but not a consecration. Which means that the expansion of the feminine role in the Church will follow a different way than the canonical one, which leads to the priesthood and then to the episcopate," she said.
"Let's not forget, however, that 99% of the work of mercy that the Church does passes through the heart, the intelligence and the organisational capacities of women".
Binetti said that leadership roles for women become more scarce at the upper levels both within the Church as well as outside the Church, such as in politics.
"Even Renzi, when he chose his government, was very attentive to gender equality, but when it was time to replace (Federica) Mogherini and (Federica) Guidi to guide two important ministries, he replaced them with two men".