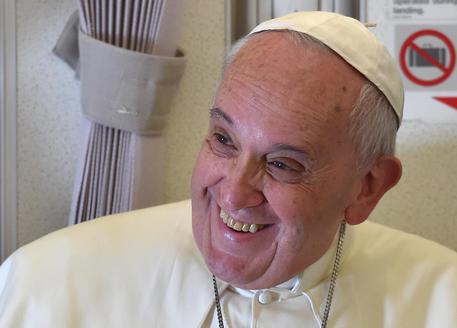 (ANSA) - Vatican City, January 26 - Pope Francis on Saturday received in a private audience a Spanish transsexual and his girlfriend after the man wrote to him saying he had been cast out of the church in his native city, Spanish daily Hoy reported Monday.
The transgender male, Diego Neria Lejarraga, a 48-year-old former woman, wrote to the pope some time ago saying he had been "marginalised" by Church officials in the city of Plasencia, in the southwestern region of Estremadura, Hoy said.
Neria, a believer and a practising Catholic, said he had been rebuffed by elements of the local clergy and claimed the parish priest had called him "the Devil's daughter", Hoy reported.
Francis phoned him twice in December, setting up Saturday''s meeting in St Martha's House, the Vatican guesthouse the pontiff lives in, Hoy said.
The pope has said the Catholic Church should be more accepting of gays but recently failed to muster a big enough majority of cardinals to change doctrine on the issue.
Asked about the reported meeting, official Vatican sources declined to comment.