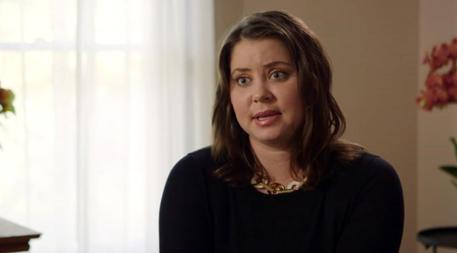 (ANSA) - Vatican City, November 4 - The Vatican on Tuesday condemned the assisted suicide of American brain cancer sufferer Brittany Maynard at the weekend while also recognising the "sanctuary" of individual conscience.
"Brittany Maynard's gesture is in itself to be condemned, but what happened in her conscience is not for us to know," Ignacio Carrasco de Paula, president of the Pontifical Academy for Life, told ANSA.
"We always choose by seeking what is good, the problem is when we get it wrong," he continued "Conscience is like a sanctuary that cannot be entered. But let's reflect on the fact that if one day the project according to which all patients take their own life were to be fully realised they would be totally abandoned," Carrasco de Paula said.
"Society does not want to shoulder the cost of disease and this risks becoming the solution," he continued. "This woman (took her own life) thinking she would die with dignity, but this is the error, suicide is not a good thing, it is a bad thing because it is saying no to life and to everything it means with respect to our mission in the world and towards those around us," he said, describing assisted suicide as "an absurdity". Maynard, 29, announced weeks ago that she was planning to end her life by taking prescribed lethal drugs probably on November 1 after being diagnosed with terminal brain cancer early this year. She and her husband moved from their home in northern California to Portland to be able to take advantage of Oregon state's death with dignity legislation in order to do this. "She died as she intended - peacefully in her bedroom, in the arms of her loved ones," said Sean Crowley, a spokesman for the advocacy group Compassion & Choices with which Maynard worked.
The video Maynard posted on Youtube in which she announced her decision has been viewed 9.8 million times, making her a key advocate in the right-to-die movement in the US and beyond.
In an obituary released by Compassion and Choices Maynard thanked all her supporters, whom she said she had "sought out like water" during her life and illness.
"It is people who pause to appreciate life and give thanks who are happiest. If we change our thoughts, we change our world! Love and peace to you all," she said.