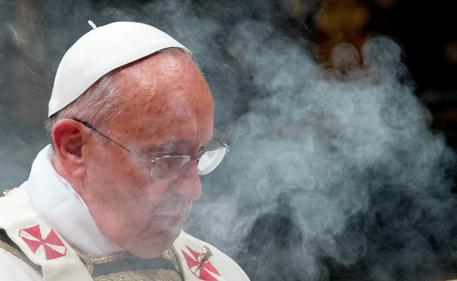 (ANSA) - Buenos Aires, April 24 - In one of his surprise phone calls, Pope Francis telephoned a parish priest in a poor district of Rosario, Argentina's third-largest city, to thank him for his work in helping the poor, reports said Thursday.
Father Joaquin Nunez, who was arrested and tortured during the infamous military regime of 1976 to 1983, was reportedly woken up by the call early last Thursday and said he had a long conversation with the Argentine pontiff.
"He told me he follows closely what goes on in the 'barrios' (districts) of Rosario, this tragedy of violence and drug trafficking that forces us to bury the young daily and that he very much sympathised with us for the situation we live in".
He said the phone call had given him and the whole neighborhood "great joy". Shortly after becoming pontiff in March 2013, Francis squashed reports he had colluded with the rightist regime in the abduction and torture of two Jesuit slum priests.
http://popefrancisnewsapp.com/