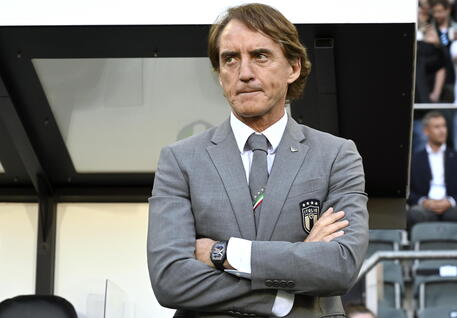 (ANSA) - ROME, SEP 21 - Italy coach Roberto Mancini has had to call in reinforcements to his squad for the last two Nations League group games after three important players, midfielders Marco Verratti and Lorenzo Pellegrini, and forward Matteo Politano, pulled out due to injury.
He has drafted in Sassuolo midfielder Davide Frattesi, Sampdoria striker Manolo Gabbiadini and Salvatore Esposito, who plays for SPAL in Serie B.
The European champions take on England at the San Siro in Milan on Friday and visit group leaders Hungary on Monday.
The Azzurri, who failed to qualify for this year's World Cup, are third in the group with five points, two behind Hungary, one behind second-placed Germany and three ahead of England.
So they can still finish top to qualify for the Nations League Final Four but they could also still end up bottom and get relegated to League B. (ANSA).