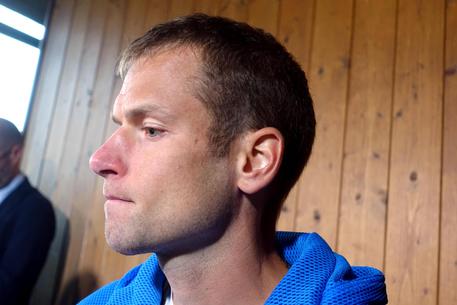 (ANSA) - ROME, MAY 14 - The Swiss federal court on Friday turned down an appeal by 2008 Olympic 50k walk champ Alex Schwazer against his doping ban, dashing his last hope of being able to take part in the Tokyo Olympics. .
The decision comes after the Court of Arbitration for Sport (CAS) also rejected a bid by Schwazer for provisional measures enabling him to take part in this year's Olympics on the basis of an Italian judge's ruling that cleared him of doping and ruled that the World Athletics Federation and the World Anti-Doping Agency had acted improperly in his case.
"It's truly a pity because Alex was in great shape," the race walker's lawyer, Gerhard Brandstaetter, told ANSA.
"Alex is 36 now and, over the last few years, he has made his bones.
"He has realized that there is a closed world united against him".
Schwazer, who was suspended for eight years just before the 2016 Olympics for testing positive for anabolic steroids, says he was the victim of foul play.
In February a judge in the northern city of Bolzano said the international athletics federation (IAAF) and the world anti-doping agency (WADA) had been "opaque" in the long-running case, which forced Schwazer to retire from the 2016 Olympics.
The court was highly critical of the two organisations.
WADA said it was horrified by the ruling clearing Schwazer of doping, saying it had been defamed by the judge's findings the athlete's urine samples had been deliberately tampered with.
Investigating Judge Walter Pelino in Bolzano ruled for a dismissal of the case against Schwazer "for not having committed the crime".
Schwazer has admitted a previous doping case, in 2012, which forced him to pull out of that year's Olympics. (ANSA).