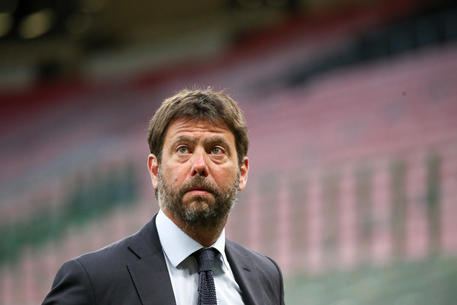 (ANSA) - ROME, MAY 12 - European soccer's governing body UEFA said Wednesday that it has opened disciplinary procedures against Juventus, Real Madrid and Barcelona over the failed attempt to form a European Super League.
While nine of the 12 clubs that tried to form the breakaway competition, including AC Milan and Inter, have made peace with UEFA after abandoning the project, Juve, Barcelona and Real Madrid have said they are still committed to it.
UEFA could ban these three teams from European competition next season over the rebellion, according to reports.
"In accordance with Article 31(4) of the UEFA Disciplinary Regulations, UEFA Ethics and Disciplinary Inspectors have today been appointed to conduct a disciplinary investigation regarding a potential violation of UEFA's legal framework by Real Madrid CF, FC Barcelona and Juventus FC in connection with the so-called 'Super League' project," a statement said.. (ANSA).