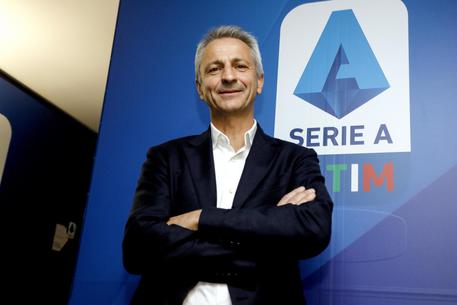 (ANSA) - ROME, APR 15 - Seven Serie A clubs on Thursday called for Lega Serie A President Paolo Dal Pino to quit over his handling of the premier league saying they no longer had confidence in him.
Atalanta, Fiorentina, Inter Milan, Juventus, Lazio, Napoli and Hellas Verona expressed their misgivings in a latter sent to business daily Il Sole 24 Ore, a copy of which has been seen by ANSA.
They said Dal Pino had not responded to a string of complaints they have made.
But AC Milan President Paolo Scaroni defended the league chief saying he was doing a good job.
"I voted for him a few weeks ago and I haven't changed my mind," Scaroni told ANSA outside Milan HQ.
"He's doing a good job". (ANSA).