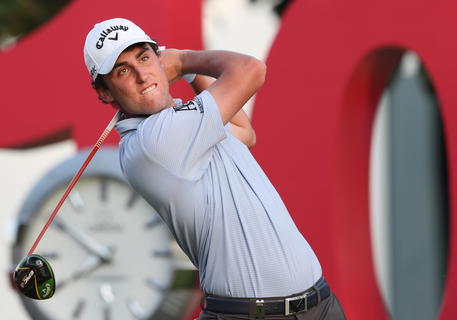 (ANSA) - ROME, OCT 19 - Spain's Adrian Otaegui staged a come-from-behind win in the Scottish Championship to take his third victory on the European Tour on Sunday.
Otaegui shot a nine under par final round of 63 including 10 birdies and a bogey to finish 23 under par and move past Matt Wallace who came second on 19 under.
The Spaniard had been third going into the final day.
The 27-year-old from San Sebastián made up four strokes on Wallace to secure his first win in 29 months, since the Belgian Knockout in May 2018.
Italy's Renato Paratore moved up the field on the final day, from 51st to 37th, at seven under, with a bogey free round of 67 that included five birdies.
Attention now turns to the 77th Italian Open at the Chervò Golf Club at San Vigilio di Pozzolengo near Brescia from October 22 to 25. (ANSA).