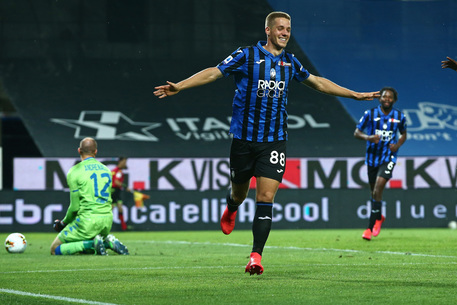 (ANSA) - ROME, JUL 16 - Sports Minister Vincenzo Spadafora said Thursday that the government is working to make it possible to reopen Italy's stadiums in September.
Earlier this week the Lega Serie A said that it hoped the government would allow clubs to partially reopen their stadiums for the last few games of this season.
The Italian top flight has resumed after the coronavirus lockdown to finish the 2019-20 season but games are being played behind closed doors to avert the risk of contagion.
"With regards to the reopening of stadiums, it is considered necessary to continue the line of prudence that has been followed p to now," Spadafora told a question time session in the Senate.
"We are working hard with the (soccer) federation and the league to be able to reopen the facilities to the public in September at the start of the new season.
"It is true that there is a lot of space inside the stadiums.
"But managing the flows of large numbers of people going in and out, with checks necessary at the entrance, is considered highly risky.
"There are just over two weeks to go until the end of the season. It would be difficult to organize everything (in that time)".
In a statement released on Monday, the Serie A league said it is necessary to "reopen stadiums to the public with full respect of safety conditions".
It said it was working on an "articulated protocol that will be sent within hours to (Italian Soccer Federation) FIGC President Gabriele Gravina so that it can be used in dialogue with the competent governmental institutions".
It said that it hoped "each club, is allowed to open its stadium to a limited number of fans, on the basis of the situation and the facility". (ANSA).