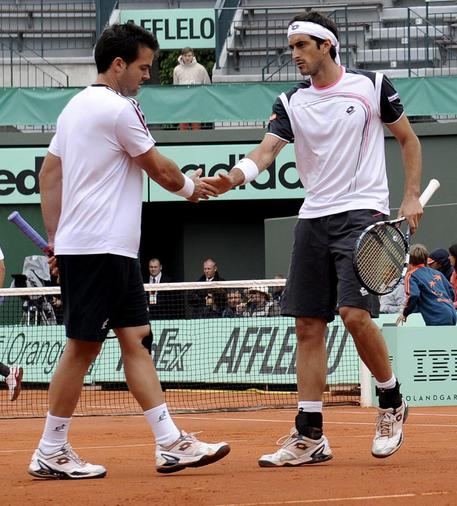 (ANSA) - Rome, February 12 - Prominent Italian tennis players Daniele Bracciali and Potito Starace have been suspended for 40 days with immediate effect in connection with a criminal investigation into suspicions of betting-related match-fixing, the Italian Tennis Federation (FIT) said in a statement Wednesday.
The precautionary measure was dictated by the significant probability that Bracciali and Starace would be found guilty of the charges against them and by concerns about possible further offences, the FIT said. Prosecutors in the northern city of Cremona opened a probe into the two players in October in the context of broader investigations into betting-related match-fixing in soccer that led to the arrest of scores of people, including former Italy internationals Beppe Signori and Cristiano Doni.
Starace and Bracciali, 36, both served short suspensions in 2008 for betting on matches that they were not involved in.
Starace, currently ranked the world's 170th player after peaking at 27 in 2007, was banned for six weeks.
Bracciali, whose highest place in the singles ranking was 49th in 2006, was suspended for three months.