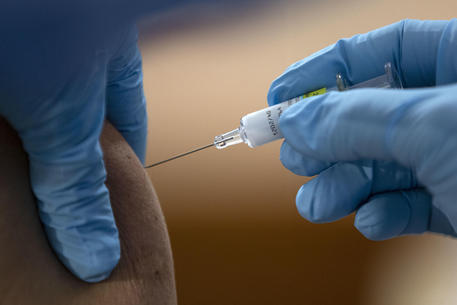 (ANSA) - ROME, OCT 21 - Piero Di Lorenzo, the president of the IRBM Pomezia centre that is working with Oxford University on a COVID-19 vaccine for Astra Zeneca, said Wednesday that the first doses could be ready by December, as Premier Giuseppe Conte had forecast on Tuesday.
Earlier on Wednesday, University of Padua microbiology Professor Andrea Crisanti had said it was unrealistic to talk about having a vaccine within two months.
"Maybe in two months someone will say we have a vaccine, but many months pass between saying that and doing a pilot study and actually distributing it," Crisanti told Sky television.
Di Lorenzo told the Financial Lounge website that "it is reasonable to believe that the clinical experimentation phase can be concluded by the end of November or early in December.
"Once phase three is completed, the ball is in the court of the EMA (European Medicines Agency) for the eventual validation," he added.
Di Lorenzo said this process takes 12 months in normal times, while stressing that "these are not normal times" and that the validation procedure has already started.
Health Minister Roberto Speranza said that the vaccine would first be given to "the most fragile individuals" and groups of people at risk, such as doctors and nurses.
"Then everyone else will get it," Speranza told Catholic weekly Famiglia Cristiana "The European Commission is wrapping up contracts with the main pharmaceutical companies.
"Once found, the vaccine must be made available to everyone. No one can be left behind.
"Research is also at an advanced stage in the field of cures.
"I am convinced that humanity will beat the coronavirus. But we still have to fight before we will see light at the end of the tunnel". (ANSA).