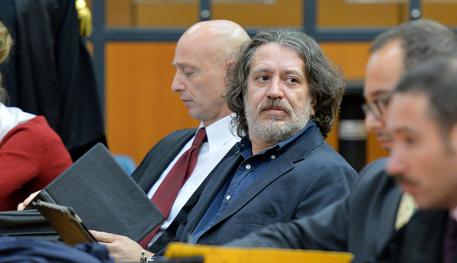 (ANSA) - Turin, January 27 - A psychologist who developed the now-banned Stamina stem-cell treatment for terminal nerve disease patients entered a formal request for a plea bargain in a trial against him during a preliminary hearing on Tuesday.
Davide Vannoni requested a plea deal of one year and 10 months.
In Italy, custodial sentences of under three years are usually suspended.
Prosecutor Raffaele Guariniello backed the request, saying the withdrawal by Vannoni of an appeal to the Lazio administrative court against a provision rejecting the controversial therapy eliminated all doubt concerning the possible reiteration of the crime.
Vannoni is on trial with 13 others on charges including aggravated criminal association with intent to commit fraud in connection with the therapy, which he used on terminally ill degenerative nerve disease patients.
The health ministry last November decreed the end of experimentation with the controversial Stamina treatment, which supporters say could help cure degenerative nerve diseases but which experts say lacks a scientific basis.
The credibility of the Stamina treatment, which involves extracting bone-marrow stem cells from a patient, supposedly turning them into neurons by exposing them to retinoic acid for two hours, and injecting them back into the patient, has long been suspect.
The health ministry in late 2013 ruled that the Stamina Foundation would no longer be allowed to test the treatment on humans, and it was stripped of its non-profit status.
A panel of government-appointed experts said last year it found the therapy seriously lacking in both premise and practice.
Their report cited "serious imperfections and omissions in the Stamina protocol, including conceptual errors and an apparent ignorance of stem-cell biology".
Vannoni told Nature magazine in a 2013 interview that he developed the therapy after receiving what he said was stem-cell treatment for a virus-induced facial paralysis in Russia in 2004.