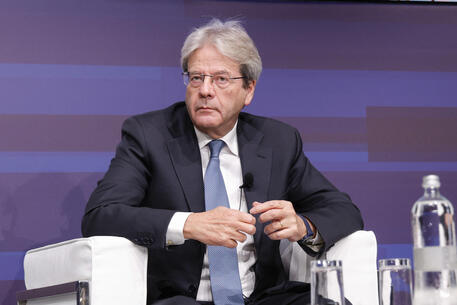 (ANSA) - ROME, DEC 14 - The European Commission said Wednesday that it has given the green light to the Italian government's 2023 draft budget while picking fault with several aspects of the package, including pension-system changes and greater leeway for cash payments.
"Overall, Italy's updated Draft Budgetary Plan is in line with the Council Recommendations of July 2022," the Commission said.
"Italy limits the growth of nationally financed primary current expenditure and it plans to finance public investment for the green and digital transitions, and for energy security".
But it wrapped Rome for failing to "adopt and appropriately implement the enabling law on the tax reform to further reduce taxes on labour and increase the efficiency of the tax system".
It also said that the budget features "measures that are not consistent with the structural part of previous fiscal recommendations, namely in the area of pensions and tax evasion, including on the compulsory use of e-payments and the legal thresholds for cash payments".
The budget raises the limit for cash transactions from 2,000 euros to 5,000 and enables retailers to refuse to accept card payments for amounts of up to 60 euros.
Opposition parties have said both measures will facilitate the use of cash and discourage traceable electronic payments, which could make tax evasion easier.
The government is reportedly considering bring the amount up to which retailers can demand cash payments down to 40 euros.
The budget also gives some people the possibility to retire early by bring in the 'Quota 103' system.
This makes it possible for people to start claiming their State pension at the age of 62 if they have 41 years of social-security contributions. (ANSA).