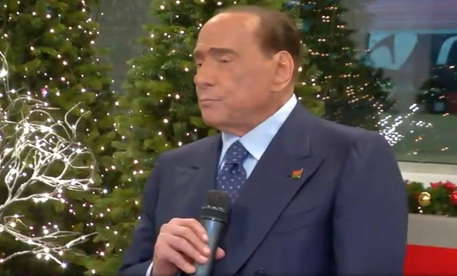 (ANSA) - ROME, DEC 14 - Ex-premier and Forza Italian leader Silvio Berlusconi has sparked a furore after apparently promising to provide sex workers for players of his Serie A team Monza if they manage to beat big sides such as Juventus and his former club AC Milan.
"We have found a new coach, who was the coach of our youth team," Berlusconi said the club's Christmas dinner referring to Raffaele Palladino in a video circulating on social media.
"He is good, charming, kind and capable of motivating our lads.
"I've given an extra motivation because I told the lads who came here: 'now Juventus, Milan etc. are coming up and if you beat these big teams, I'll get a bus full of hookers to come to the locker room'".
The comments were condemned by several opposition politicians.
"Shameful words that are even more despicable when pronounced by a Senator of the Republic and a party leader," said Laura Boldrini, a lawmaker for the centre-left Democratic Party (PD) and the former speaker of the Lower House.
"Trashy sexism used for fun".
Boldrini and several other opposition figures said the comments were unworthy of a someone who the centre-right parties were talking about as a possible head of State in the run-up to last year's presidential election. (ANSA).