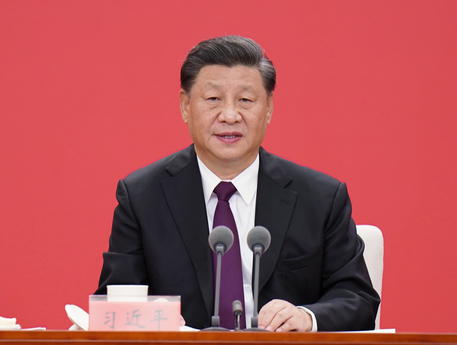 (ANSA) - ROME, SEP 26 - Italy's new rightwing government should implement pragmatic policies, Foreign Ministery Spokesman Wang Wenbin said Monday after a centre-right coalition led by Brothers of Italy (FdI) leader Giorgia Meloni won Sunday's general election.
China and Italy, he said, "are strategic global partners and the healthy and stable development of bilateral relations is in both sides' interest: we hope that the new Italian government will continue to adhere to a positive and pragmatic policy towards China, supporting the spirit of mutual respect and trust".
Meloni told Taiwanese news agency CNA Friday that she would pull out of China's Belt and Road Initiative (BRI) if she leads the next centre-right government.
Meloni, 45, who is posed to be Italy's first woman prime minister and the most rightwing head of government since WWII, said signing up to the 'New Silk Road' had been a "big mistake".
She said that if she had to sign the extension of the relevant memorandum until 2024 "tomorrow morning, it would be hard for me to see to the political conditions to do so".
Meloni said that with a centre right government in Italy, "it is certain that Taiwan will be a fundamental question for Italy".
She described as "unacceptable" China's threats against the island, which it says is part of its territory.
The likely future PM said she had "closely followed, with unease," the most recent developments in the China-Taiwan tensions.
Meloni cited many events after the signing of the BRI protocol in 2009 including alleged Chinese repression of Hong Kong activists, the discrimination of the Uyghurs and other minorities, Beijing's allegedly ambiguous stance on Russia's invasion of Ukraine and its repeated shows of force against Taiwan, in support of her position against renewing the BRI project.
The 'Belt and Road' Initiative is a massive infrastructure project that seeks to create a sort of new Silk Road connecting China with Europe and Africa.
The US voiced concern after Italy became the first G7 member to sign up to the ambitious trade and infrastructure investment plan, citing fears of key trade secrets and technologies slipping into Beijing's hands. (ANSA).