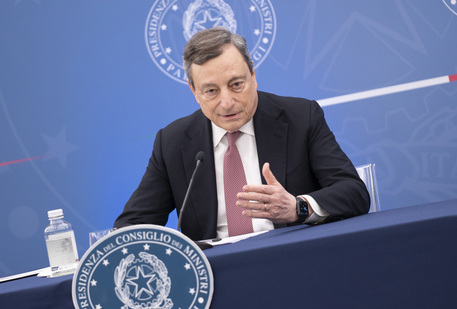 (ANSA) - ROME, APR 7 - Premier Mario Draghi has said Italy would comply if the European Union decided to impose an embargo on Russian gas to put further pressure on Moscow following its invasion of Ukraine.
An embargo of this kind would cause massive problems for Italy as it imports around 40% of its gas from Russia.
"A gas embargo is not on the table and I don't know if it ever will be," Draghi told a press conference on Wednesday, while stressing that Italy would "follow the decisions of the European Union.
"Do we want to have peace or do we want to have the air conditioning on?" he added.
He said Italy's gas needs covered until October even if Moscow turned off the supply of its gas. (ANSA).