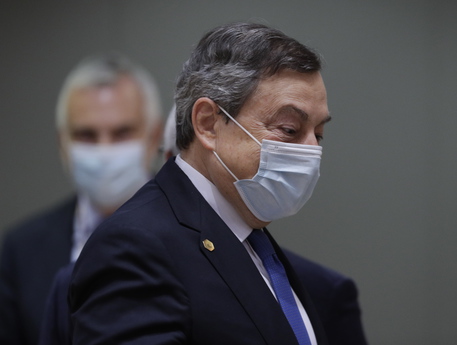 (ANSA) - ROME, DEC 16 - The Economist has crowned Italy as its country of the year for 2021 saying it has "changed" with Premier Mario Draghi, a "competent premier respected at an international level" whose work at the helm of a national-unity government has made Italy "better than a year ago".
It said there is a "majority that has buried its differences in support of a programme of sweeping reforms" in the light of the EU-funded post-COVID National Recovery and Resilience Plan (NRRP).
The Italian economy, The Economist said, is recovering better and faster than France and Germany's.
But it warned of the "danger that this unusual explosion of governance may suffer a U-turn" if Draghi were to be elected Italian president, "a more ceremonial role", making way for a "less competent" premier.
Recent opinion polls say about three quarters of Italians want Draghi to stay on as premier until the natural end of the parliamentary term in 2023, rather than being elected president early next year, a job he has not said he wants. (ANSA).