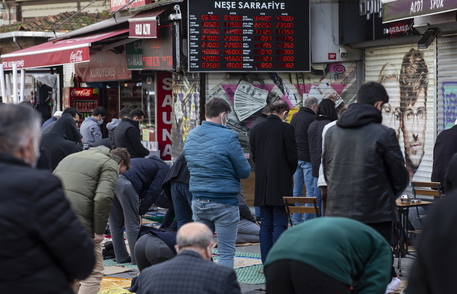 (ANSA) - ROME, NOV 30 - A Turkish military analyst arrested in Istanbul last week has been accused of spying for Italy and Spain, local media reported Tuesday.
The man, Metin Gurcan, who was taken from his Istanbul home, is accused of political and military spying for having allegedly supplied strategic analyses to Italian and Spanish diplomats in Ankara, the Turkish capital.
Reports said Gurcan admitted drafting studies for foreign embassies in exchange for money but said the information was in the public domain and did not reveal military secrets.
The analyst is one of the founders of the Deva party, which opposes Turkish President Recep Tayyip Erdogan. (ANSA).