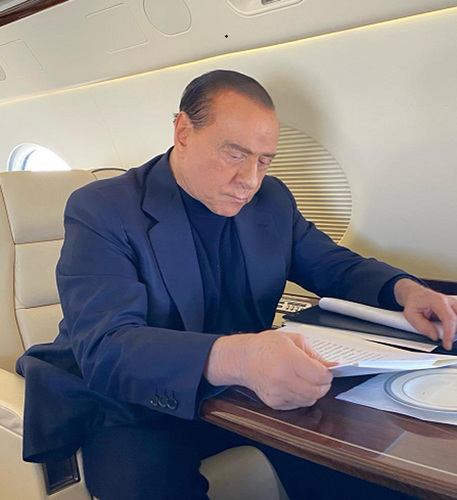 (ANSA) - ROME, OCT 21 - Ex-premier Silvio Berlusconi on Thursday rejected some rare criticism of his leadership of Forza Italia (FI) from within the centre-right party.
On Wednesday Regional Affairs Minister Mariastella Gelmini complained at a meeting of FI lawmakers that the media billionaire had effectively stopped engaging in dialogue with senior members of his own party and listened more to the leaders of the other centre-right parties.
"I don't know what happened with Minister Gelmini," Berlusconi said as he arrived at the EPP's pre-summit meeting in Brussels.
"Yesterday's statements are the absolute opposite of reality.
"As regards relations with our ministers in the government, for example, there has always been a meeting of the three ministers with the leadership of Forza Italia every week.
"Today the newspapers were talking of a split.
"It's all an exaggeration. There is absolutely nothing for me to worry about".
However, another FI bigwig, Civil Service Minister Renato Brunetta, said Thursday that Gelmini, a long-standing Berlusconi loyalist, had expressed the "widespread malaise" that exists within the party.
Berlusconi also said Thursday that he thinks Premier Mario Draghi should continue at the helm of government.
He said he thinks that, although Draghi would be excellent president of the Italian republic, he is more useful to the nation as premier at the moment.
President Sergio Mattarella's seven-year term as head of State ends early next year. (ANSA).