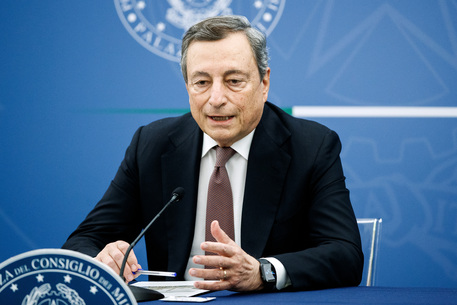 (ANSA) - ROME, OCT 19 - The 2022 budget bill that Premier Mario Draghi's government is working on is set to include seven or eight billion euros in tax cuts, several sources in the executive said on Tuesday.
The tax cuts will be concentrated on income-tax IRPEF, the sources said.
However, some of the parties supporting the administration called for even more money to be devoted to cutting the labour-tax wedge during a so-called 'control room' meeting of their representatives on Tuesday before a cabinet meeting convened to give the green light to the package.
The budget is expected to feature around 23 billion euros worth of new measures including cuts to energy bills, a jobs bonus, new job creation moves, measures for women and new fathers, and possibly the return of a tampon tax.
It is also tipped to contain measures to make the 'citizenship wage' minimum-income benefit less susceptible to fraudulent claims.
5-Star Movement (M5S) leader and former premier Giuseppe Conte said "the citizenship wage is certainly not being scrapped, indeed its is being refinanced and changed for the better".
There is also talk of the 'quota 100' system, which enables some groups of workers to start claiming their State pension early if the sum of their age and years of social-security contributions adds up to 100, being replaced by one which would require this sum to equal at least 102.
The government had said it would change the quota 100 system for being too costly for the State.
The 'quota 102' option might be a way to have a temporary stepping stone to a system in which everyone would have to reach the full retirement age of over 67 to start claiming a State pension.
Sources said some 50,000 people a year would be covered by the new quota 102 measure, much fewer than those previously liable for the quota 100 policy.
Industry Minister Giancarlo Giorgetti reportedly proposed applying the quota 102 bill only to state-employed workers.
The budget plan is also set to earmark a fund of some one billion euros towards cutting energy bills, sources said before the cabinet meeting.
The centre-left Democratic Party (PD) said the package was "convincing" and that it "reflect(ed) our priorities" including the tax-wedge cut, technological innovation, buiding incentives, more funding for free school books, and beefed-up 'social buffers' for the laid off and unemployed.
It said the PD, which is basking in local-election results, would give a "constructive" contribution to shaping the upcoming budget bill.
The government must present an outline of its 2022 budget to the European Commission shortly. (ANSA).