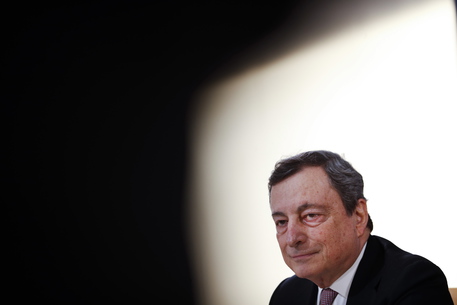 (ANSA) - ROME, MAY 12 - Premier Mario Draghi told question time Wednesday that before thinking of waiving vaccine patents, "it is better to remove the US and UK export block, boost production and identify new sites also in poor countries".
He also said "we must speed up on unblocking (vaccine) exports alongside the reflection on liberalizing patents".
Draghi said he agreed with US President Joe Biden on the importance of waiving patents but stressed that research and development should not be de-incentivised.
Draghi also said that "between the end of June and the start of July we will have vaccinated with at least one dose all the fragile and the over-60s".
He said tourists from the US, Japan and Canada will be allowed into Italy without having to quarantine if they have COVID vaccine certificates.
Italy should be reopened to domestic and foreign tourism "as soon as possible", Draghi said.
The Italian government is "exerting intra-European pressure to return to an effective resettlement of migrants" amid a wave of migrants washing up on Italy's shores, Draghi told question time.
He said Italy was talking to France and Germany to relaunch the Malta Pact on migrant distribution and relocation.
At the same time, the premier stressed that "no one" would be left to drown in Italian waters.
Foreign Minister Luigi Di Maio also said that the EU migrant redistribution mechanism should be reactivated.
Draghi also said that "we must do more on workplace deaths" after no fewer than six workers lost their lives over the last week.
Draghi reiterated the government's condolences for the deaths of 22-year-old mother Luana D'Orazio and the five other workers who died in workplace accidents.
Over 2,000 additional workplace safety inspectors will be hired adding to the 4,500 now on duty, he said.
It is "fundamental" for those wishing to hold weddings to be patient and avert joyful occasions becoming potential risks due to COVID-19, Draghi said.
He said Monday's meeting of the COVID 'control room' would address the issue and a gradual approach was needed.
There will be a new COVID aid decree next week, Draghi said, saying it would contain further help for the wedding sector on top of current funding of 200 million euros per year.
Draghi also said the rules on the EU stability pact "were and are inadequate" and should be changed to help boost growth coming out of the COVID pandemic. (ANSA).