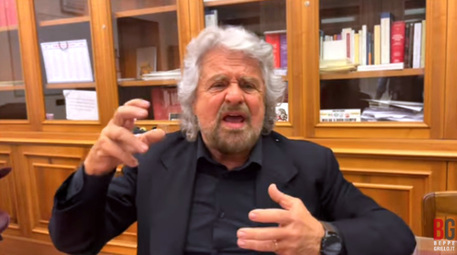 (ANSA) - ROME, FEB 10 - There has been a plot twist in path towards a new government led by Premier-designate Mario Draghi after 5-Star Movement (M5S) founder Beppe Grillo announced an online vote of the anti-establishment group's members on whether to support it should be delayed.
"I'd wait until he makes the statements he made with us in public," comedian-cum-politician Grillo said after leading an M5S delegation that met Draghi on Tuesday as part of a second round of government-formation consultations with the nation's parties.
"I'd wait for him to have his ideas clear in his mind".
M5S's members had been set to vote on whether to back an eventual Draghi government on Wednesday and Thursday.
The M5S is by its nature hostile to the idea of government led by a non-politician technocrat like the former head of the European Central Bank.
The delay has been interpreted by some pundits as being designed to stop the M5S splitting over whether to support a broadly-backed Draghi government and avoid having to have snap elections in the middle of the COVID-19 pandemic, with Italy holding the presidency of the G20 this year and co-chairing the COP-26 UN Climate Summit with the UK. (ANSA).