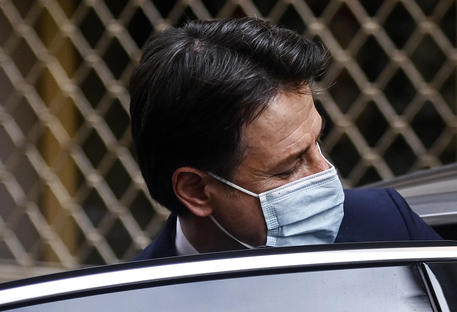 (ANSA) - ROME, FEB 4 - Outgoing Premier Giuseppe Conte said Thursday that he was "serene" after the collapse of his government.
"When you do your job, you are always serene," Conte told ANSA on his way into the premier's office.
Conte quit last week after ex-premier Matteo Renzi's centrist Italia Viva (IV) party withdrew its support for his executive, depriving it of a majority in the Senate.
President Sergio Mattarella handed Mario Draghi a mandate to try and form a new government on Tuesday after efforts to patch up the alliance that had backed Conte's second executive failed.
Conte's first government, which lasted from June 2018 until August 2019, was backed by the 5-Star Movement (M5S) and Matteo Salvini's right-wing League party.
Conte remains at the helm of government for day-to-day business until new administration is sworn in. (ANSA).