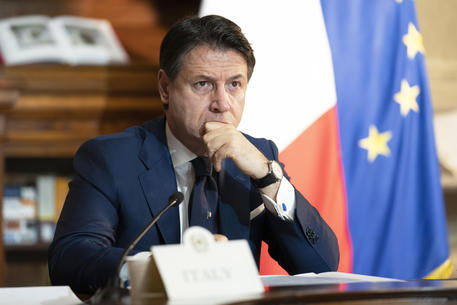 (ANSA) - ROME, JAN 14 - Premier Giuseppe Conte was considering his options on Thursday after ex-premier Matteo Renzi triggered a government crisis by pulling the support of his small Italia Viva (IV) party.
IV's two ministers finally resigned on Wednesday after weeks of threats from the centrist group focused on differences over the government's COVID-19 Recovery Plan and its failure to take up the option to obtain around 37 billion euros from the European Stability Mechanism to invest in the national health system.
As a result Conte's coalition executive, which also had the backing of the centre-left Democratic Party (PD), the populist 5-Star Movement (M5S) and the left-wing LeU group, does not appear to have a working majority in parliament.
Conte said IV's move, in the middle of the COVID-19 pandemic, had caused "considerable damage" to the country.
Conte's options include calling a vote in parliament to see if his executive does have the support of the majority of lawmakers, perhaps with the backing of some so far unidentified 'responsible' MPs from outside the ruling coalition.
He could also try to form a new government or decide to resign.
The centre-right opposition is demanding snap elections.
Another possibility is the formation of a government led by a non-political technocrat.
The premier is expected to make a move shortly as President Sergio Mattarella has called for the crisis to be brought to a rapid conclusion.
PD sources said that the so-called responsible lawmakers had not materialised and there was a risk of Italy having to hold elections in June.
PD leader Nicola Zingaretti ruled out any form of government agreement involving the centre-right opposition during a party meeting.
He also said that IV had shown their "political unreliability in all scenarios".
Foreign Minister Luigi Di Maio said there was no chance of his M5S dumping Conte to facilitate a new government featuring IV and led by a different premier.
"There are some fixed points in this dramatic climate of uncertainty, in this stormy sea," Di Maio said in a Facebook post.
"The first is President Sergio Mattarella, who has all our support for this difficult phase that he will find himself managing.
"The second is Premier Giuseppe Conte, who we will be loyal towards and, as the 5-Star Movement, we will support firmly. "The third solid point is Europe". (ANSA).