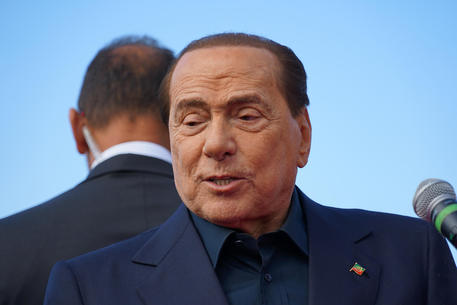 (ANSA) - ROME, JAN 14 - Ex-premier Silvio Berlusconi went to a hospital in Monaco Thursday for a heart problem which entailed his being taken there instead of returning to Italy for treatment, his doctor said.
"I ordered the hospitalisation in Monaco because I did not think it prudent to face transport back to Italy," said Dr Alberto Zangrillo, a top doctor at Milan's premier San Raffaele hospital.
Zangrillo said the issue, with the 84-year-old media mogul, who had an aortic valve replaced in 2016, was "an arrhythmical cardiac problem".
"On Monday," Zangrillo told ANSA, "I urgently went to where the premier is temporarily living, in southern France, due to a worsening (in his condition)".
The three-time former premier checked into the Principality's premier heart clinic.
The leader of the centre-right Forza Italia (FI) party will return home in a few days, his entourage said earlier, saying that he was having "routine tests".
Berlusconi had been staying at Valbonne near Nice where he also spent most of the COVID lockdown.
Berlusconi had a bout of the virus in September which he described as "the most dangerous and frightening experience" of his life. (ANSA).