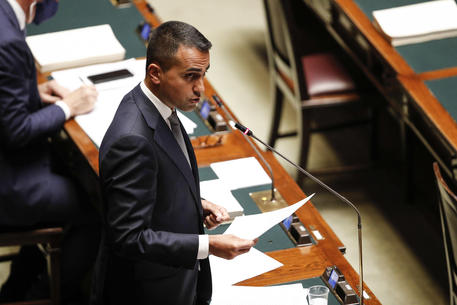 (ANSA) - Rome, June 10 - Foreign Minister Luigi Di Maio told the Lower House Wednesday that "our incessant request for significant progress in the investigation into the case of the barbaric murder of (Italian student) Giulio Regeni (in Cairo in 2016) remains firm." He said "the Italian government and institutions are continuing to demand the truth from the Egyptian authorities via real, substantive and effective cooperation". The parliamentary commission of inquiry into Regeni's torture and murder in the Egyptian capital in January-February 2016 on Tuesday asked to "urgently" see Premier Giuseppe Conte "in light of the latest significant developments concerning Italo-Egyptian bilateral relations".
Conte phoned Egyptian President Abdel Fattah el-Sisi on Sunday and Italy on Monday said it was selling two frigates to Cairo, sparking the ire of Regeni's parents.
Di Maio said Wednesday that talks on the frigate sale were still ongoing an it had not yet been definitively authorised.
Cambridge doctoral researcher Regeni, 28, was found dead on February 3 2016 a week after disappearing on the Cairo metro.
He had been tortured so badly that his mother said she only recognised him by the tip of his nose.
Rome prosecutors have placed five members of Egypt's security apparatus under investigation for the murder, sparking Cairo to stop significant cooperation in the probe into the Friuli-born researcher's death.
At various times Egypt has advanced various explanations for his death including a car accident, a gay lovers' tiff and abduction and murder by an alleged kidnapping gang that was wiped out after Regeni's documents were planted in their lair. Regeni was researching Cairo street sellers unions for the British university, a politically sensitive subject.
The head of the street hawkers union had fingered Regeni as a spy.
Amnesty International and other rights groups say he is among countless people who have been 'disappeared' by the Egyptian security apparatus.
An Egyptian researcher at Bologna University, Patrick Zaki, is facing espionage charges and has been detained and allegedly tortured.