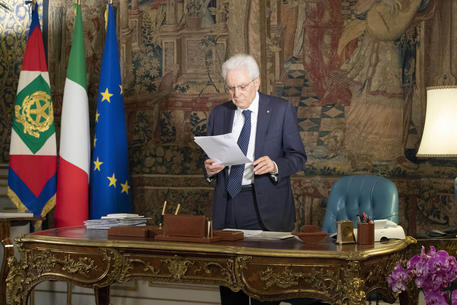 (ANSA) - Rome, May 28 - Walter Tobagi, a Corriere della Sera journalist gunned down in Milan on May 28, 1980, was "a free journalist who represented what the Brigaders denied and wanted to cancel," President Sergio Mattarella told the Milan newspaper on the 40th anniversary of Tobagi's death at the age of 33.
Praising Tobagi's "courage and authoritativeness", Mattarella said Tobagi was "a free journalist who probed reality beyond stereotypes and prejudices, and the terrorists did not tolerate narratives that were different from those of their ideological schemes". Tobagi (March 18, 1947 - May 28, 1980) was an Italian journalist and writer. He was killed in a terrorist attack by the XXVIII March Brigade, a left-wing terrorist group.
Thursday was also the anniversary of the 1974 Piazza della Loggia rightist terrorist massacre in Brescia that killed eight people and wounded 102.
Mattarella said "Brescia is an example, united today and 46 years ago". He noted that it had also remained united in he face of the COVID crisis, which has hit the Lombardy city particularly hard.