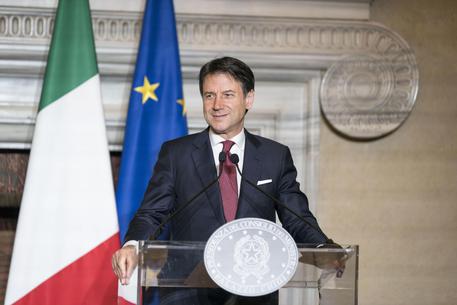 (ANSA) - Rome, December 24 - Premier Giuseppe Conte said Tuesday Italy can look to the future with confidence after parliament gave final approval to the 2020 budget bill. The budget package was passed by the House by 312 votes to 153 with two abstentions.
Conte said on Twitter "green light for #2020budget. In 100 days: less taxes for workers, more money for families, comuni, fire fighters, healthcare, incentives for businesses.
"Growth, sustainability, environment, welfare, fighting tax evasion: we look to the future of citizens with confidence".
The budget averts a 23-billion-euro VAT hike which would have hit each Italian household budgets to the tune of 541 euros a year.
The budget also cuts the labour tax wedge, the ratio between the amount of taxes paid by the worker and the corresponding total labour cost for the employer.
The average tax wedge measures the extent to which tax on labour income discourages employment.
The 2020 budget cuts the wedge by three billion euros in 2020 and five billion in 2021.
The budget also ups the fight on tax evasion and offers a range of incentives for using credit cards.
The package also scraps a 'superticket' surcharge on medicines and other healthcare provisions.
It will be abolished from September 1 next year.
Among the more contentious elements of the budget are taxes on single use plastic and sugary drinks.
After a clash within the ruling majority, the plastic tax has been put off till next summer and the sugar tax till next autumn.
Among the other measures, the budget lays on free nursery care for many Italian children and extends a 'baby bonus'.
It also introduces a 'green new deal'.
On the other side of the ledger, the budget will be funded mainly by higher deficit spending, a spending review, and a hike on gambling levies.