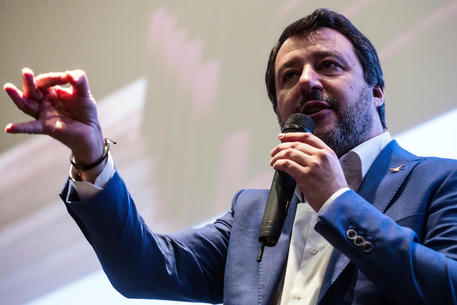 (ANSA) - Rome, December 18 - The Catania court of ministers has said League leader Matteo Salvini abused his power in a standoff regarding a rescued migrants on a Coast Guard ship when he was interior minister in July, according to documents published in Italian dailies on Wednesday. The documents said the then-minister illegitimately deprived over 100 migrants on board the Gregoretti coast guard ship of their liberty by failing to give the ok for them to disembark for several days.
The case was one of several standoffs Salvini was engaged in as he sought to apply his policy of closing Italy's ports to migrants-rescue vessels.
Salvini accused left-wing magistrates of being behind the move, with the Catania court of ministers set to request parliament give its OK to proceed against him.
"I think it's shameful that a minister should face a trial for having pursued the interests of his country," he said.