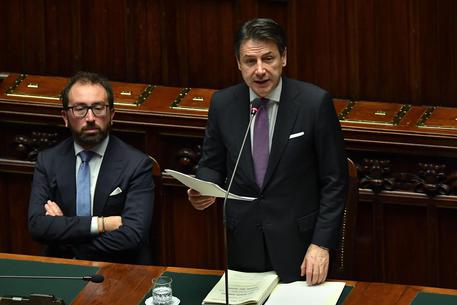 (ANSA) - Rome, December 11 - The parties supporting Premier Giuseppe Conte's government reached an agreement on the reform of the European Stability Mechanism (ESM) during a meeting overnight, the 5-Star Movement (M5S) said on Wednesday.
The issue has roiled Italian politics in recent days and weeks, with the centre-left opposition alleging the government has agreed to a reform that cannot be amended and risks putting Italy under fresh pressure on the financial markets.
But there have also been differences within the government, with the M5S leading the drive for the ESM overhaul to be changed.
"The line that the reform must be part of a package of changes has been upheld," the M5S sources said. "There will be another passage in parliament in January before the next Eurogroup meeting. "Parliament will be involved before the next steps are taken.
"Every decision will be taken after listening to parliament, no blank cheques will be signed".