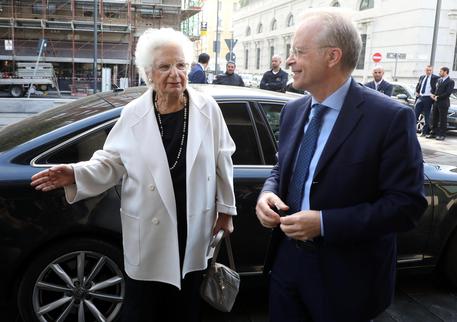 (ANSA) - Milan, November 7 - Milan Prefect Renato Saccone has decided to assign a security detail to Holocaust survivor and life Senator Liliana Segre after she was the target of online threats and insults, several newspapers reported on Thursday.
The move also comes after a banner of the far-right group Forza Nuova was shown at a public event Segre was taking part in. As a result, the 89-year-old will be escorted by two Carabinieri police officers from now on. Segre was recently at the centre of a political storm after Matteo Salvini's League and other right/centre-right parties failed to back her proposal to create an extraordinary commission against hate, racism and anti-semitism. The Vatican and Rome's Jewish Community were among those to express concern about the centre-right parties' abstentions on the proposal, which was approved by the Senate.